It’s time to celebrate all things Fairtrade with the launch of Fairtrade Fortnight. This year the focus is on making sure that cocoa farmers, particularly 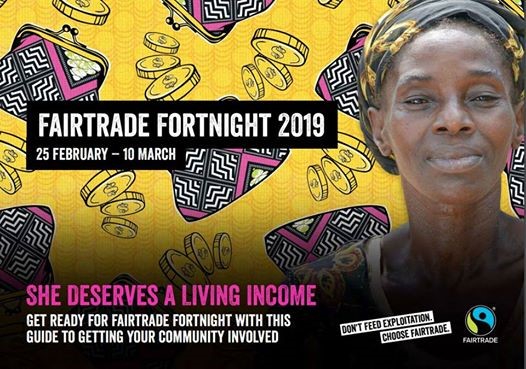 women cocoa farmers, earn a living income and there are lots of supporting materials on www.fairtrade.org.uk. Schools and churches around the Island are getting involved (listen out for Manor Park students on Manx Radio’s Thought for the Day this week!) and there also other activities happening that you can read about on the Fairtrade Isle of Man Facebook page here. Maybe you could organise a Fairtrade bake-off or coffee morning with friends, or encourage your workplace to take part? We’re now in our 11th year of being a Fairtrade Island – choosing Fairtrade is such as easy way to make a difference so break out your favourite bar of Fairtrade chocolate or make a cup of Fairtrade coffee, and let’s take Fairtrade forward!

Posted in Uncategorized | Comments Off on It’s Fairtrade Fortnight!

Song for the planet

Local singer/songwriter Bruno Barton has been inspired to write a song encouraging us all to do our bit to save the world we love and know. Called Blue Planet you can listen to it here and read the lyrics here. Thanks Bruno for sharing.

Posted in Uncategorized | Comments Off on Song for the planet

Any charities wishing to apply for an Isle of Man International Development Small Grant should note that the application deadline has been extended to 5pm on Friday 15th February 2019. More info on:
https://www.gov.im/…/internat…/funding-streams/small-grants/

Sustainability ideas for everyone

The One World Centre was approached by the UN Biosphere Isle of Man team at the end of last year to ask if we could make a pledge for 2019 as a UN Biosphere partner. We said we would pledge to share one sustainability idea each week throughout 2019 and these have been appearing on our Facebook page. We know everyone is not a Facebook fan though so each month we’ll summarise our ideas on the website. Here we go with the ideas in January:

Sustainability idea # 1
Reduce your consumption. There’s a famous quote from Mahatma Gandhi saying “Live simply so that others may simply live.” While few of us would like to live as frugally as Gandhi, we can ask ourselves if there is anything wasteful that we’ve got into the habit of buying or using – and that we can really do without in 2019.

Sustainability idea # 2
Eat less meat. This is such a simple idea to put into practice but one which can have the biggest impact on your environmental footprint. Livestock agriculture is not only a major greenhouse gas emitter but also uses huge amounts of land and water. Introduce meat-free days to your diet and learn to love your veggies!

Sustainability idea #3
Use tap water not bottled. Tap water in the Isle of Man undergoes stringent testing to make sure it is safe to drink. Bottled water uses huge amounts of resources through extraction, packaging and transportation – not to mention an enormous plastic pollution problem when not disposed of properly. The One World Centre has just joined the Isle of Man’s Refill scheme as one of the places where people can ask to refill a water bottle for free. More details are available here https://refill.org.uk/refill-schemes/refill-isle-man/

Sustainability idea #4
Insulate your home. Another win/win opportunity. Choosing the right sort of insulation for your home will keep it warmer in winter and cooler in summer meaning you need to spend less on energy to heat and cool it. More and more eco-friendly insulation materials are becoming available too.

Sustainability idea # 5.
Driving to work by yourself? Think about organising a car share with a colleague or taking the bus if possible. The Isle of Man Government website has a link to the Liftshare scheme where you can match your journey with others taking the same route. As well as reducing emissions, you’ll save by sharing motoring costs as well.
https://www.gov.im/categories/travel-traffic-and-motoring/…/

Posted in Uncategorized | Comments Off on Sustainability ideas for everyone 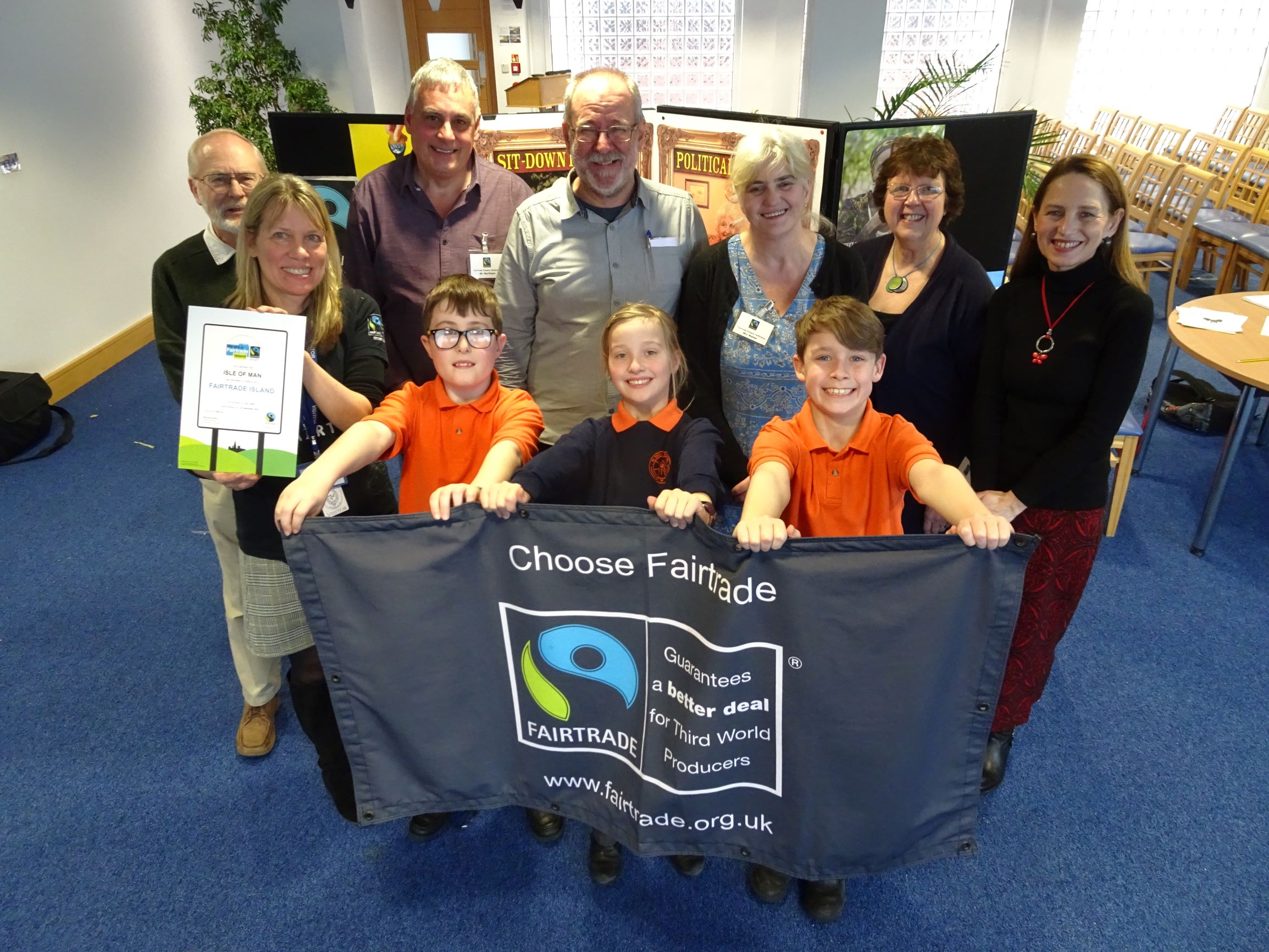 We’re delighted to announce that the Isle of Man has had its Fairtrade Island status renewed for another two years, taking us through to December 2020.

The news was announced yesterday at our Fairtrade Conference for primary school children which takes place in Legislative Buildings, by the kind permission of Tynwald President Steve Rodan.

As well as learning all about Fairtrade, the children had the opportunity to hear from (and talk to) Bruce Crowther MBE, who is the founder of the Fair Trade Town movement. They also discovered more about chocolate production, where Fairtrade products come from, why we should think about the things we buy and had an opportunity to take part in a debate in the Tynwald Chamber. 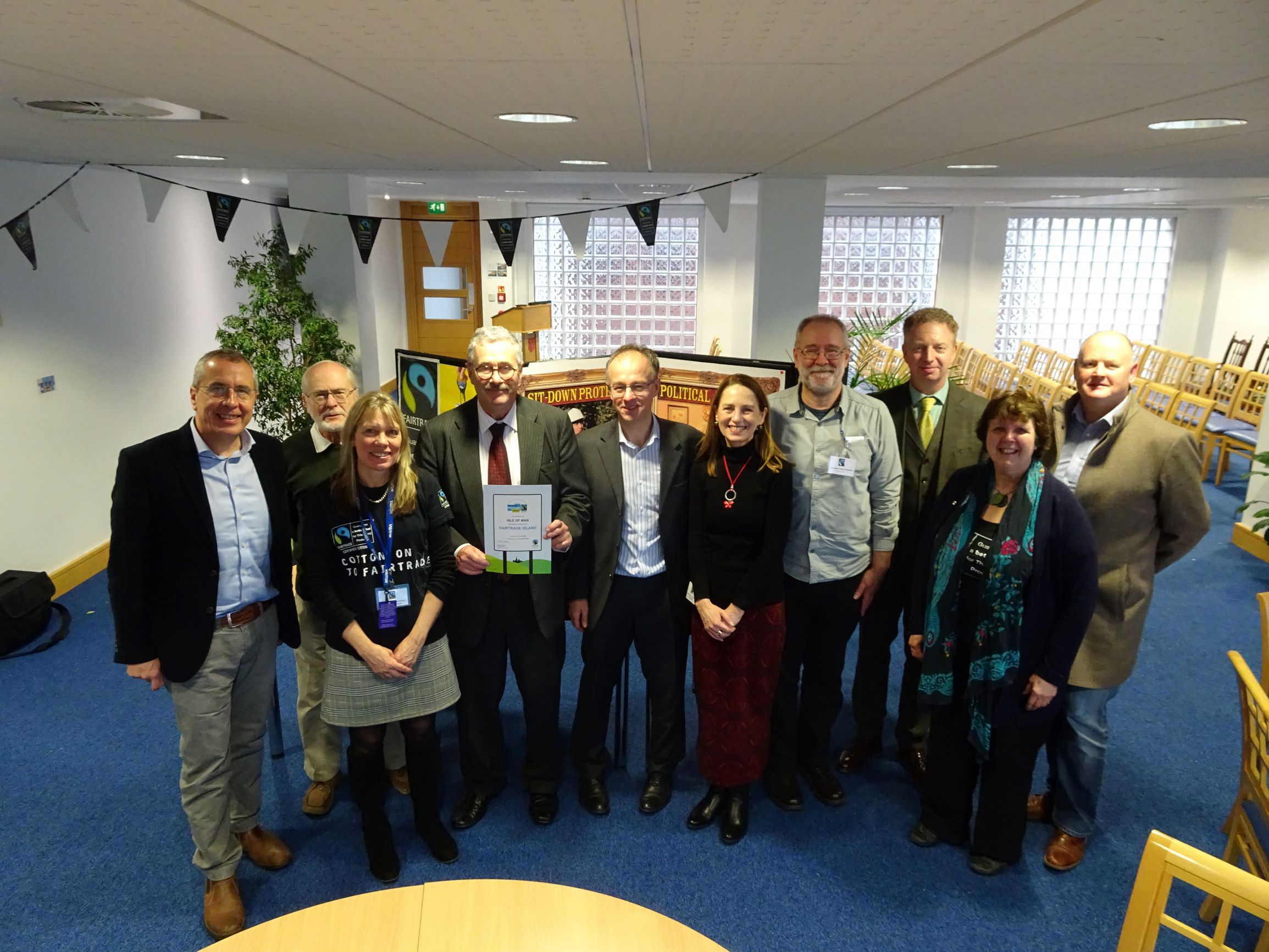 After the conference, members of the Isle of Man Fairtrade Group met with some of our MHKs and MLCs to discuss how we can encourage more use of Fairtrade on the Isle of Man, including looking for some flagship Fairtrade employers. 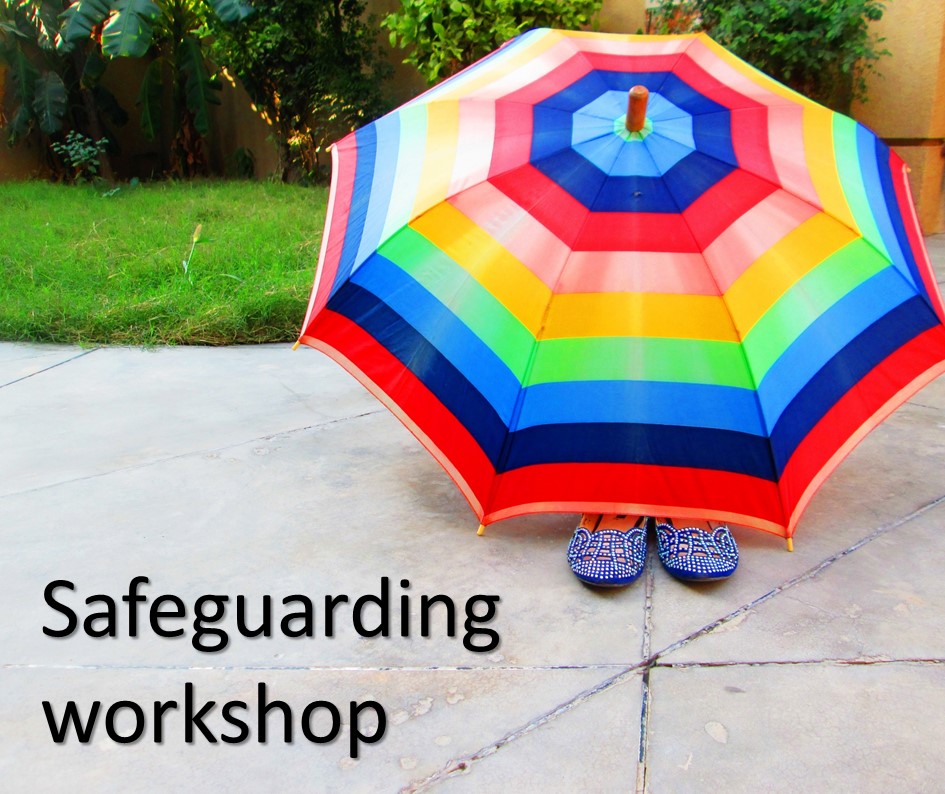 Apologies but this event has been postponed. A new date will be be arranged shortly.

Posted in Uncategorized | Comments Off on Safeguarding workshop – postponed

The Isle of Man Government has now opened its Small Grants scheme for international development projects run by charities on the Isle of Man. We’ll be holding a workshop this Saturday 19th January 2019 at the One World Centre office for anyone interested in applying through the scheme. The workshop starts at 10.30am and is expected to last around an hour. Attendance is free and you can turn up on the day although it would be good if you could advise beforehand by emailing info@owciom.org or calling 800464.

Posted in Uncategorized | Comments Off on Small grants workshop

The One World Centre has joined the Climate Change Coalition, a group of environmental, humanitarian, charitable and political organisations in the Isle of Man who have come together with the aim of encouraging and supporting the Government in its commitment to reducing carbon emissions and moving to a low carbon society.

The coalition, which also includes IoM Friends of the Earth, Manx Labour Party, IoM Green Party, IoM Woodland Trust, Manx Energy Advice Centre, Christian Aid and Amnesty IoM, has committed to speak as one united voice on the urgent need for the Isle of Man to get to work on fighting climate change.

This follows the most recent Intergovernmental Panel on Climate Change that warned there is a window of only twelve years to do something about preventing global temperatures rising above 1.5 degrees, beyond which there will be irreversible changes to the world we live in.

With more and more people recognising that this will affect the lives of their own children and grandchildren, the Coalition plans to both encourage and support our Government to address climate change by working in three areas: reducing emissions, (measured against interim targets), investing in renewables and keeping our sustainability promises to UNESCO re our Biosphere status.

To find out more, or add your voice, visit www.facebook.com/iomclimatechangecoalition/

Posted in Uncategorized | Comments Off on OWC joins the CCC!

Call for Select Committee on refugees

Garff MHK Daphne Caine has called for a Tynwald Select Committee to investigate the practicalities of the Isle of Man accepting Syrian refugees under the UK’s Syrian Vulnerable Persons Resettlement Scheme. This is a subject that has created a lot of emotional response on the Island – both for and against – and such an investigation would allow debate based on facts and figures, rather than fear and hearsay, and is a move that would be welcomed by the One World Centre.

The Syrian civil war has been ongoing since 2011 and has created the biggest refugee crisis in Europe since the Second World War. Half a million civilians have died, over 6 million are displaced within Syria and almost 5 million have fled the country, with the vast majority ending up in huge refugee camps in Turkey, Jordan, Lebanon, Iraq & Egypt. The conditions in many of these camps are desperate and, despite huge amounts of foreign aid, they cannot cope with the magnitude of the crisis, particularly as these camps are in relatively poor countries with severe needs for their own populations. Many European states have closed their borders, although others such as Sweden and Germany have been more welcoming.

The U.N. Refugee Agency advocated that 10% of the 5 million in the Middle Eastern camps should be resettled in a third country, particularly the most vulnerable. Countries around the world pledged to resettle nearly 250,000, half of the estimated target. In 2015 the UK Government committed to accept 20,000 over 5 years from the Middle Eastern camps, and by the end of 2017 some 8,000 had arrived under this ‘Syrian Vulnerable Persons Resettlement Scheme’ (SVPRS).

The IoM Government has generously given relief aid to Syrian refugees trapped in Middle East camps, but many people feel the Island should investigate whether we can welcome a very small, but fair, number here on the island – to offer them an opportunity to start a new life in a safe place. We believe that civil society would play their part alongside government in welcoming them to our shores.

If you would like to see a Select Committee established to investigate this, please contact your MHKs (or any MLC) before 20 November to express your view and ask for their support in backing this motion.

Free screening of Death by Design 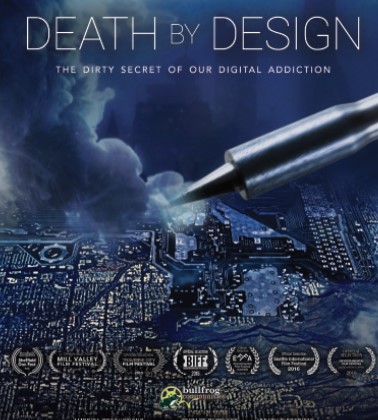 As part of our One World Week activities we will be hosting a free screening of Death by Design, a new film which uncovers the global impact of our digital addition, particularly on the environment and public health.

With the number of mobile phones in the world forecast to reach 4.68 billion by next year, the film raises issues we all need to think about, not least how are continually encouraged to buy bigger and better to keep up with evolving technology.

The screening takes place at the Bath & Bottle on Victoria Street in Douglas, on Tuesday 30th October, from 7.30pm. Please let us know if you are coming by emailing info@owciom.org so we can ensure there are enough seats! Open to all although please note you will need to be 18+ as it is licensed premises.