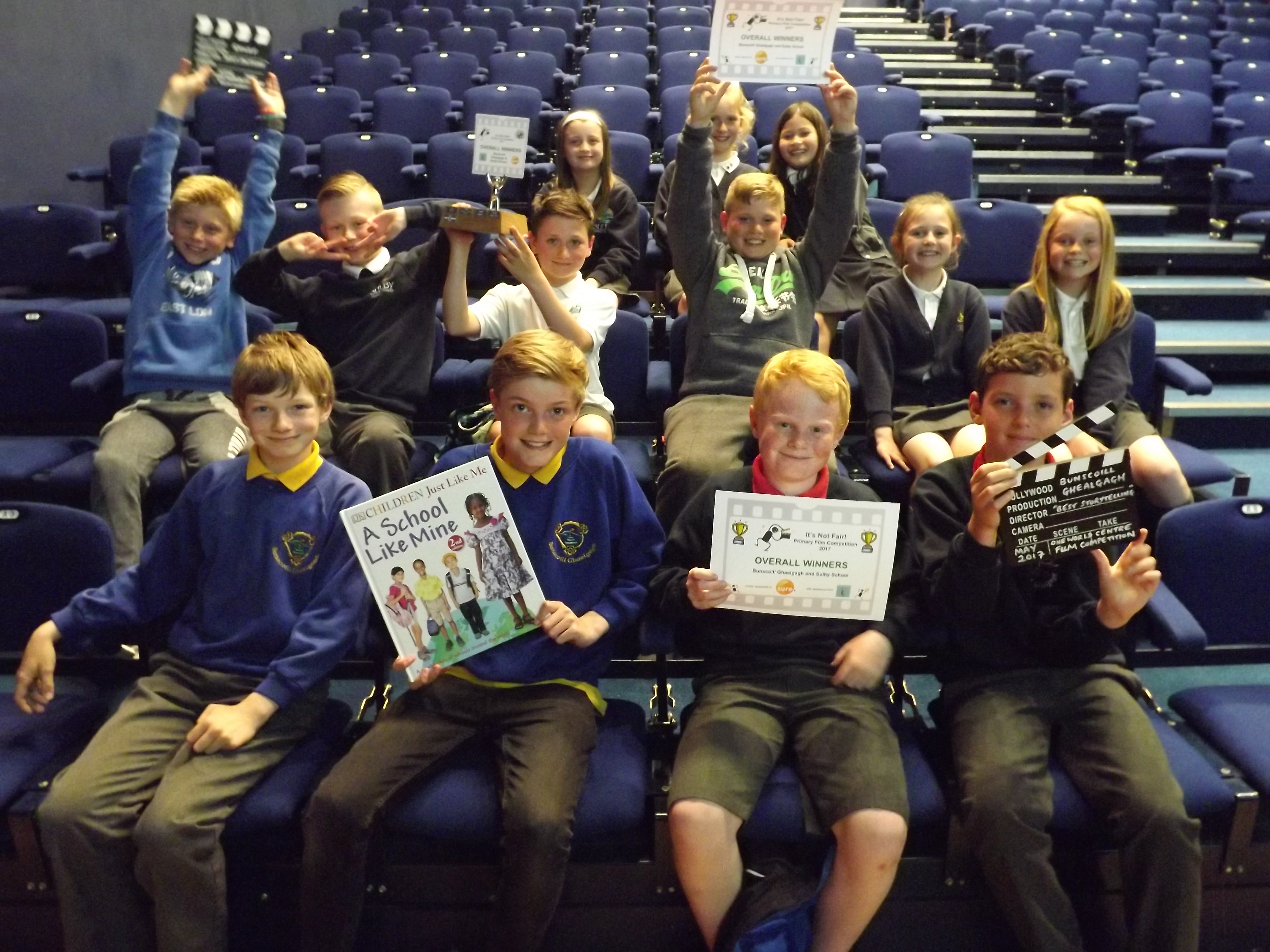 Earlier in the year primary school pupils were busy learning about international development so that they could create a film not more than 4 minutes long on the theme “Its Not Fair!”, interpreted in a global context. Seven films were shown at the Awards Evening on 15th May

A tale of inequality based on the story of St Bridget’s Night and narrated in Manx was one of the joint winners. Participating for the first time, the Bunscoill Ghaelgagh used the story of how St Bridget had dressed as an old beggar woman seeking shelter on a stormy night to explore attitudes to refugees, displaced people and those who lose their homes through natural disasters.  They also won an award for Best Storytelling.

Also picking up the title of Overall Winners at this year’s event was Sulby school with a film that compared the types of things that children in the Isle of Man think as unfair with the challenges faced by children in other countries such as child labour, lack of education, extreme poverty and poor water and sanitation.  Their individual award was for Best Message

Other entrants included Dhoon School who were awarded Best Acting, St Thomas’ who received Best Modelling and Animation and Arbory who won Best Design.  Bunscoill Rhumsaa picked up Best Call to Action and the youngest entrants on the night from the reception and Year 1 classes at Ballasalla were awarded Best Music.

You can view the films here: