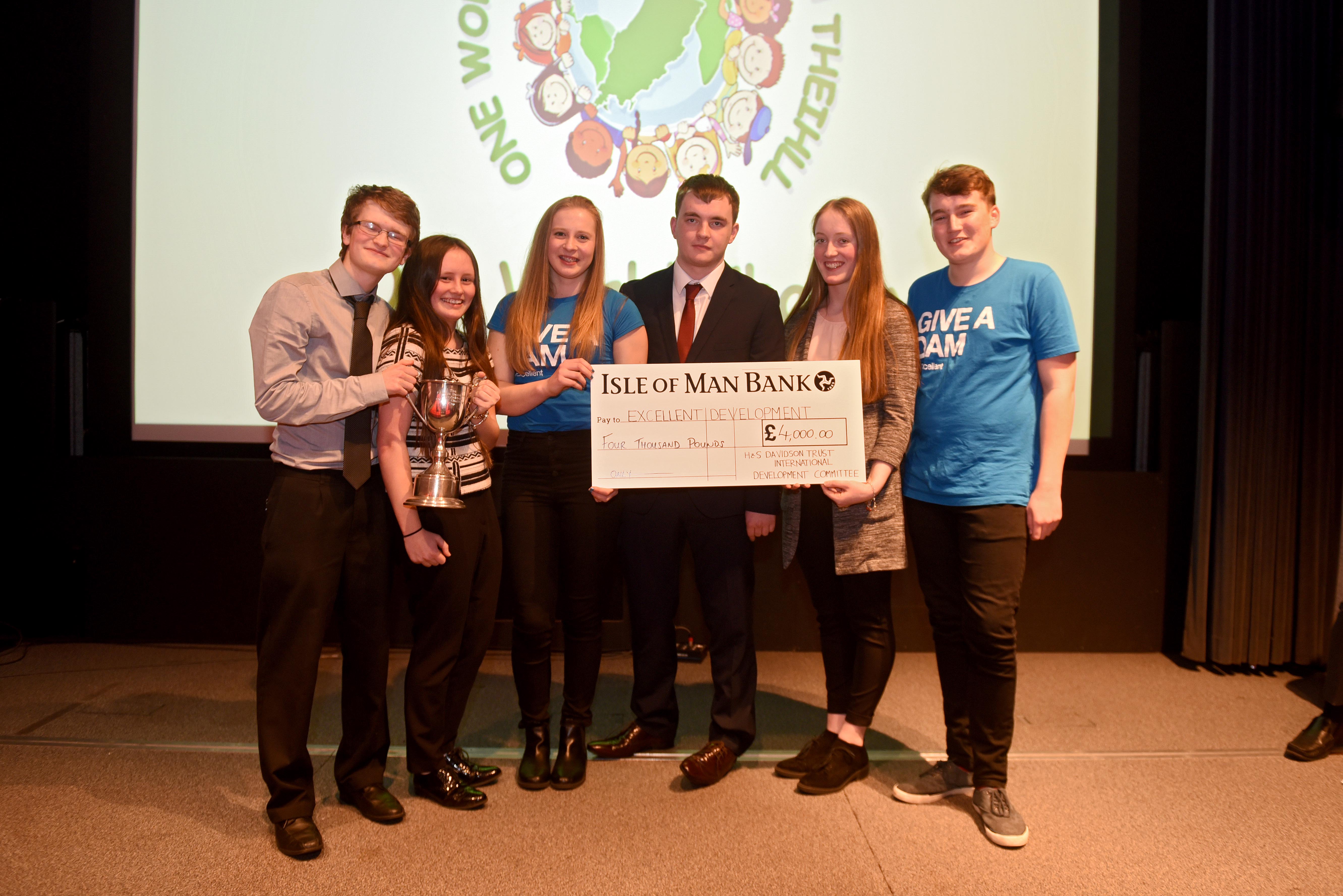 A team of Year 12 students from Ramsey Grammar School were triumphant at this year’s One World Charity Challenge finals held at the Manx Museum last Wednesday evening. It was a victorious return for the school after several years’ absence in the popular annual competition to engage young people in international development issues.

The winning team chose to represent Excellent Development, the charity which helps provide clean safe water to people in rural Africa and Asia by the use of sand dams, and delivered their multi-media presentation in the style of a news broadcast. Their enthusiasm and professional approach won over the judges who also commended them for presenting their case study so well and their idea for fundraising which involved a sponsored walk in recognition of the long daily treks many African children have to complete to collect water.

As overall winners, the Ramsey Grammar School team won £4,000 for Excellent Development and also picked up a further £250 for the charity by being the team most successful in their own fundraising and an additional £250 for winning the audience vote on the Finals night.

Runners up this year were Castle Rushen High School who claimed £3,000 for Grace Third World Fund, a charity operating for orphaned children and supporting those affected by leprosy in India. Queen Elizabeth II school won £2,450 for Koru Hospital Fund in Kenya, Ballakermeen High School won £2,000 for Global Action Nepal, plus a further £250 prize as the team who carried out the most creative fundraising.

There were two teams in the finals from King Williams College due to the large number of students participating in the earlier in-school round of the competition – they were awarded £1,000 each for their charities, Thare Machi Education which produces local language DVDS on healthcare issues for rural communities and the St George Foundation which supports homeless street children in Sierra Leone.

Overall a total of £22,000 was given to charities working overseas through the course of the competition with smaller amounts given to teams taking part in the in-school rounds ahead of the finals.

The prize fund is generously provided by the H&S Davidson Trust, who developed the idea for the competition with the One World Centre back in 2008. For the past seven years, the prize fund has been match-funded by the Isle of Man’s International Development Committee and in total over £150,000 has been distributed to charities working overseas since the competition began.

This entry was posted in Uncategorized and tagged Charity Challenge. Bookmark the permalink.