Hat trick for Sulby in It’s Not Fair! film competition 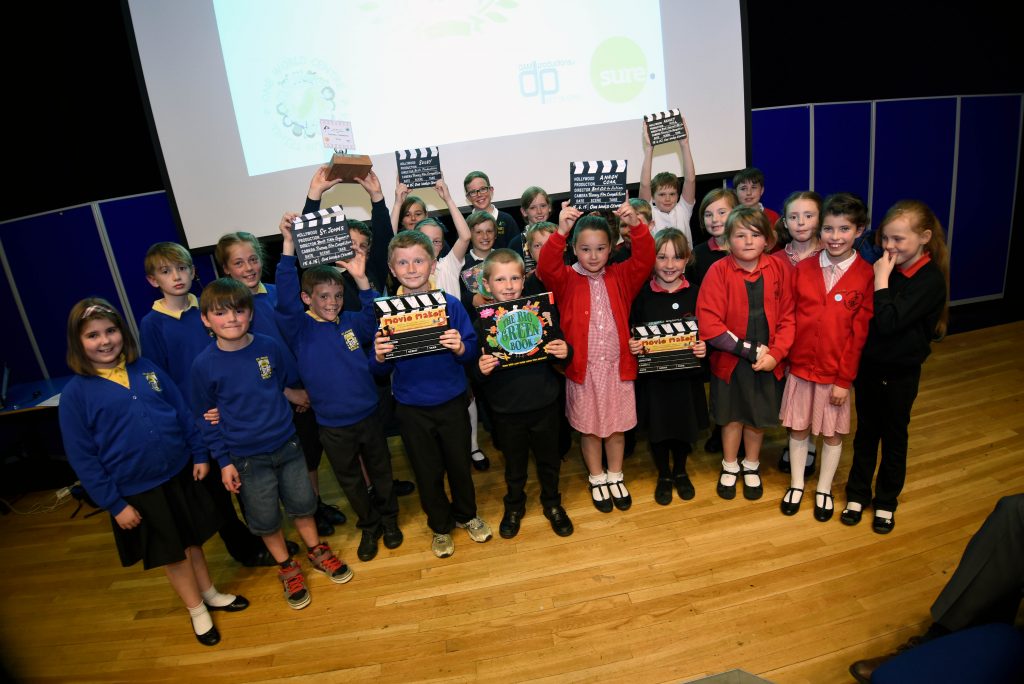 Move over Hollywood! The students at Sulby Primary School are making a name for themselves with a remarkable run of wins in the One World Centre’s It’s Not Fair! short film competition.

Designed to allow primary children to explore global issues and express their learning creatively in a four-minute film, the competition, kindly sponsored by Sure, attracted entries on a number of topics including fair trade and rainforest destruction

Having enjoyed previous wins with films on general issues around global fairness and inequality, this year Sulby scooped the top prize again with an entry that focussed on water.  Their success was announced at a special award screening held at Ballakermeen Studio Theatre on Monday evening in front of the other competition finalists, as well as teachers and parents.

Sulby’s film, which was described by the judges as “beautiful”, “engaging” and “thought-provoking”, followed the story of a drop of water as it travelled through time and around the earth, eventually falling into a stagnant muddy pool in Africa where it was drunk by a young girl with no access to clean fresh water.

Whilst highlighting the tragic effects of dirty water on the young and vulnerable, the film also contained humour, lots of facts and information and suggestions on how access to water and sanitation can be improved for the millions who don’t currently have it. The film was awarded Best Production as well as Best Overall Film.

Other award winners were Anagh Coar (Best Call to Action) who looked at the impact of deforestation and talked about their decision to adopt a rainforest jaguar; Ashley Hill (Best Special Effects) who made good use of green screen to feature on Fairtrade and St Johns (Best Title Sequence) who looked at different types of unfairness in the world, including education, with very imaginative use of sport to make their points.