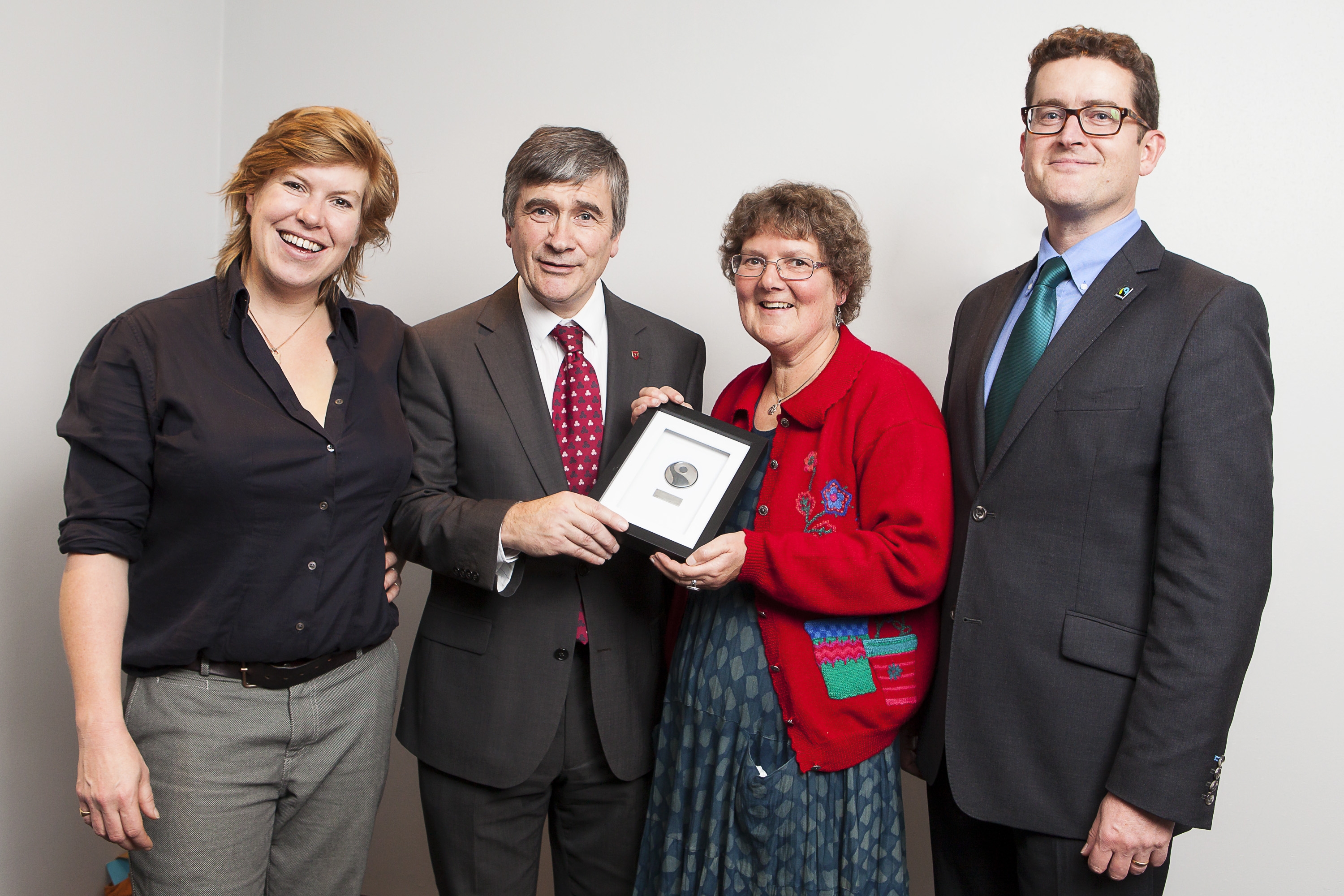 This more formal picture shows Allegra McEvedy (cookery author and broacaster) and Michael Gidney (Chief Executive at the Fairtrade Foundation) with Phil and Rosemary and the award.  The Fairtrade symbol is crafted out of Fairtrade silver.

The award was given for the Primary Fairtrade Conferences organised by the Fairtrade Group.  The judges were impressed by:

This entry was posted in Uncategorized and tagged Fairtrade. Bookmark the permalink.